Two years ago, we listened as our 8-year-old son and his classmates demonstrated how they could program a lighted, clear plastic ball called Sphero to whiz across the school gymnasium floor; turning, flashing and interacting with other Spheros. Every once in a while, we would hear a little crash as two would collide, and the kids would groan and go back to their iPads to redo some code into a more exacting path so that the two plastic balls could avoid each other. On the next try, several of the balls would get close enough to do an impressive synchronized dance that garnered applause from the parents and teachers who were watching. 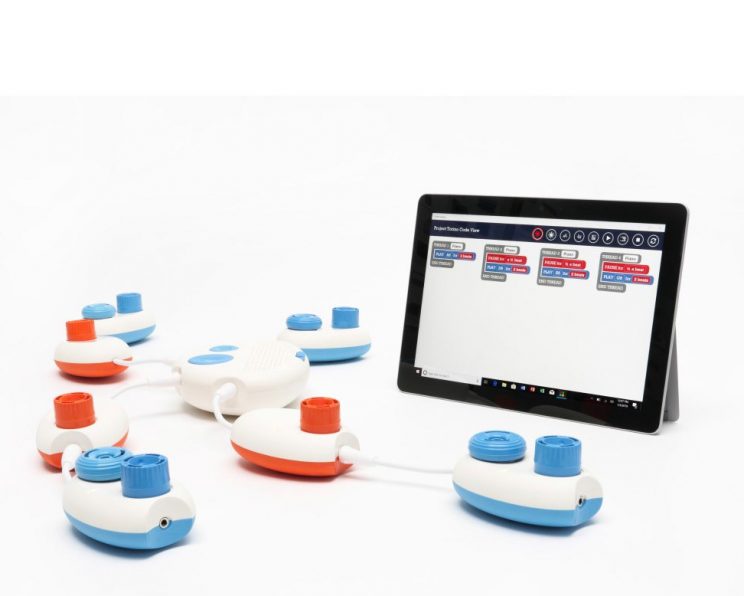 Coding clubs and educational programs have become a popular activity in schools. Codable toy robots and apps like Sphero, Dot and Dash and Scratch apps are very popular in the clubs, classrooms and in homes. They are not only fun, but they teach logic, sequencing, and coding at an early age. Two of our sons had been involved in coding clubs over the years, so we had attended many demonstrations like this one. Although our sons are sighted and have no problem participating in these clubs, we are both blind parents, so we were not fully able to follow what the Sphero balls were doing. The apps used to control the toys were not always completely accessible to us as screen reader users, and so we wondered how many blind kids might have benefitted from coding clubs and activities but couldn’t participate due to the mostly inaccessible toys and apps. Not only would the exclusion be unfortunate, but so would the possible loss of educational opportunities in STEM (Science, Technology, Engineering and Math) experiences for blind kids. How would a blind college computer engineering student who never had a chance to code much fare compared to sighted students who had grown up with this technology?

Even though now we own our own assistive technology company and consult with educational programs on how to utilize adaptive tech in different settings, when we were children there was not as much of an emphasis on STEM fields for blind students. Blind and low vision kids were often left out of many science and math-based classroom and enrichment activities. Opportunities for these children have increased in recent years. In the United States, the National Federation of the Blind now runs STEM summer camps for blind children that pairs them with blind adult STEM professionals. Research in how to teach visual and spatial concepts to blind kids has increased as well. Technology like 3D printers have become more ubiquitous, and improvements in tactile graphics have also increased the tools available for blind kids in STEM.

While we were struggling to follow our son’s Sphero demonstration and wondering how to increase opportunities for blind kids to be included in coding activities, a product was in the works to do just that. Microsoft, in partnership with American Printing House for the Blind, developed an educational STEM toy called Code Jumper. It was championed by Microsoft researcher Cecily Morrison, who was frustrated that there were not existing accessible coding toys and programs available for her blind son.

Code Jumper is completely accessible to those with blindness or low vision. It uses an app on a tablet computer that is accessible to screen readers, and a series of connecting pods that have large, colorful tactile buttons on them. The pods then are programmed to perform audible songs, tricks and behaviors. Children use both block coding on the app and physical manipulation of the pods by connecting them with cords and using the tactile switch buttons to create lines of bullion, if/then/else, and loop types of logic statements. These activities provide blind and low vision students the access to early coding and logic experiences that they have been previously left out of in coding clubs and technology curriculums.

Niklas was given the opportunity, through Qatar adaptive technology company Superwire, to demonstrate Code Jumper last October at the Mada exhibit in the QitCom conference. It was a lot of fun as several classrooms of children, both sighted and blind, were able to come visit and play with Code Jumper. Even though the product was made for kids aged 7-11 in mind, Nik found that many younger kids did just fine with it as well. One 6-year-old blind student, Ali, was able to program a version of the song “Twinkle Little Star” with sheep sounds and was singing along with it. Many students spent over 20 minutes engaged in coding activities and some of the sighted students said they found it more fun than their usual SCRATCH activities they had done on tablets at school.

Innovations like Code Jumper promise equal educational opportunities and increase opportunities for future employment in lucrative STEM fields. When large companies like Microsoft get involved in researching solutions to accessibility problems, it paves the way for better mainstream technology as well. When we received our demo version of Code Jumper to take to Qitcom with us, our son’s eyes were big with excitement and he was anxious to try it. Solutions that work for students with disabilities are good for everyone. Disabled students are often excellent at resourceful problem solving, and their inclusion benefits everyone. Perhaps the next version of a coding toy like Sphero will soon incorporate these accessible features developed in Code Jumper. Then blind and sighted kids (and their blind and sighted parents) can learn, create and have fun together with STEM activities.

To find out more about code jumper, go to codejumper.com 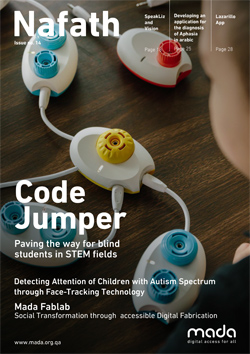 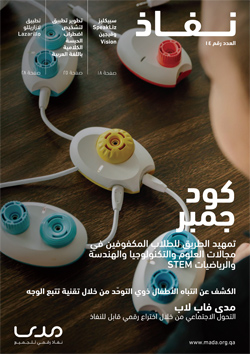