PenCam is designed to help legally blind people to read and write. More than 200 million people worldwide have either Age-related Macular Degeneration (AMD), Retinitis Pigmentosa (RP), or other forms of visual impairment that lead to the individual’s being partially sighted or legally blind. Such conditions usually tend to be progressive in nature and severely affects daily life. Mada Innovation Program has supported PenCam by providing thorough professional subject-matter feedback on the product which contributed to the improved development of the product.

PenCam comprises of a high-resolution camera attached to any regular writing pen. This camera is connected wirelessly (using Bluetooth) to a smartphone application. The user can view a magnified version of the area of the page hovered by the pen on the smartphone. This allows the user to read objects or write on them (paper) using the device.

The smartphone application features additional functions that include contrast enhancement, variable magnification, and other useful functions that allows the users to view the relevant contents suited to their visual needs.

Why is PenCam so important?

Commonly, most of the Assistive Technology (AT) devices manufacturers for vision loss support patents with stand-alone systems that have their own display, processor and other equipment such as batteries. These solutions are often relatively costly, bulky, and may have proprietary maintenance requirements.

PenCam caters to the challenge of supporting visually impaired people with the use of a combination between software and hardware kit that offers a portable, light and cost-effective solution for users. The smartphone application functionalities allow the solution to be customized based on the needs of the user. The smartphone application of the solution is continually updated to ensure that the software is up-to-date which unlike some of its counterparts, minimizes the need to upgrade the hardware frequently.

In January 2018, the first PenCam prototype won a special award at the Arab Innovation Academy in Qatar, and subsequently participate in the World Government Summit in February 2018.

The product received positive ratings and feedback in GREAT 2018 which have been taken into consideration to develop the third prototype featuring various improvements including longer operation time, and a sleeker design specifically suitable for the elderly.

PenCam has also been successfully presented as part of the Innovation Zone at World Innovation Summit for Health (WISH) in November 2018.

PenCam promises a unique approach to the problem compared to its traditional devices. These properties set it apart from the existing solutions. A differentiating factor of PenCam is its utilization of mainstream ICT technology (e.g. smartphone) as part of the solution. This is in line with the current innovative trend of incorporating assistive technology elements into mainstream products enabling it to be a strong potential contributor to the AT market for persons with visual impairments and the legally blind. 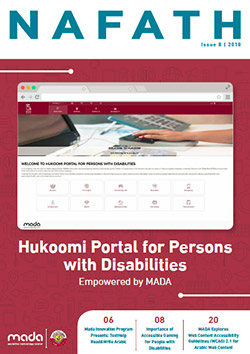 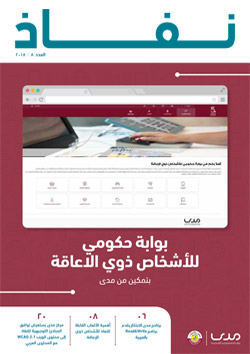