The Gifted Mursi Seraj: A Success Story in the World of Technology

In the summer of 2017, Mursi Seraj started a
month-long tenure at MADA Assistive Technology
Center. The initial purpose of this tenure was to
complete an academic project that had failed to
satisfy the criteria set forth by the school.
However, the project- the first version of which had
taken an entire school year to do -was completed
in two weeks. This project was a model of a smart
house prototype made using electronic components.
While the original project report was roughly three
pages in length, the revised version he completed
at MADA was five times that length, and vastly more
comprehensive. The main reason he was able to
complete this report so quickly -when it took him
half a year to finish it the first time- was that even
though this was work, it definitely didn’t feel like it.
“The relatively relaxed environment at MADA helped
motivate me since I could pretty much work at my
own pace with no real pressure”, Mursi said.
The social robot project was one of the projects
that Mursi worked on. He found it lying around and
asked if he could work with it, but at first he had
no real clue exactly what he was going to do with
it. Shortly after that, an autistic child visiting MADA
was drawn to the robot and entered Mursi’s office
to play with it. Mursi decided to humor the boy,
programming the robot on the fly to respond to
his questions and actions. And in doing so, he saw
an opportunity, this child was substantially more comfortable talking to the robot than he was to other
people. So why not use this?
However, two major challenges were in his way.
The first one was that Mursi only had two weeks of
time. The second was that programming the robot to
play the role it was meant to play as a ‘social trainer’
of sorts required dabbling in functions and areas of
the programming suite that he was going to be using
for the first time and therefore knew absolutely
nothing about.
“The experience was definitely incredibly fun, again
primarily due to the relaxed atmosphere but also
because none of the work I did there felt like work”,
Mursi said. It was more akin to playing a game or
doing a bit of creative writing. As a result of these
conditions and with the support of Mada, Mursi was
able to produce a highly satisfactory prototype.
The aim of this prototype was to demonstrate the
potential of using humanoid robots in order to help
autistic children deal with some of the greater
setbacks their condition tends to come with (weak
eye contact, low attention span, etc.).
Mada gave Mursi the opportunity to present his
prototype in an International Scientific Conference
ICTA’18 held in Oman in 2017.
“My experience in Oman was enjoyable- I got to
see a new part of the world, and was able to see
just how much impact my work had on the assistive
technology community in the Middle East. I was
able to discuss the project with high-level scientists
who were able to provide me with feedback on the
project from angles I had not anticipated as well as
suggestions I wouldn’t normally have thought of”,
Mursi mentioned.
His contributions to the Oman conference would
lead him to headline the GREAT conference in April
of this year, where he was able to see the general
impact of the work he did not just on the scientific
community, but the on the PWDs as well. Something
he was waiting with bated breath to find out about.
As a headliner and a speaker on the conference’s
Innovation Panel, Mursi was also able to speak about
his own experience with autism as a high-functioning
individual and how it informed the design choices
present in the social robot program he was working on.
“Overall, my experience working for MADA was
definitely one of the most positive ones I’ve had, and
I would gladly repeat it if given the chance”, Mursi
concluded. This realistic experiment has shown that
mainstream schools are frequently neither fully
educated nor equipped to deal with the needs of an
autistic child and provide them with the necessary
support. ICT accessibility and AT play vital role in the
education of children with HFA, by providing a secure learning environment in which stimuli remains stable.
The impact of technologies on gifted high
functioning children is crucial to enhance educational
opportunities, develop work skills, enrich daily
living experience and promote community inclusion.
Finally, we must always remember that the
participation of high functioning children with autism
in the general education environment is essential. 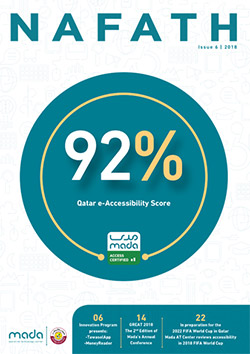 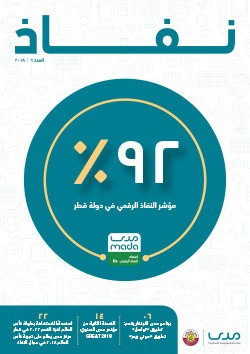